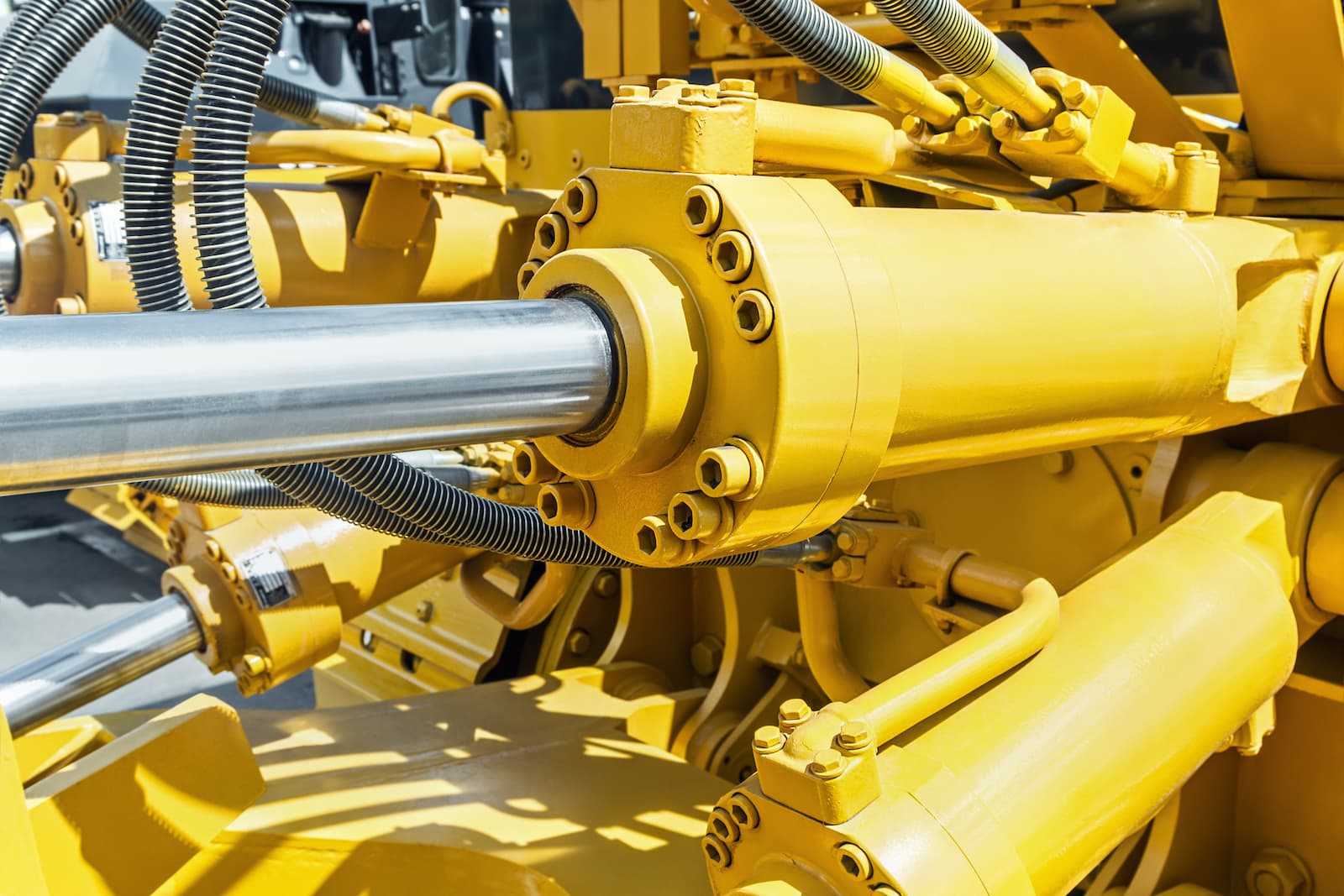 Everything You Need to Know About Hydraulic Cylinder Drift

What Is Hydraulic Cylinder Drift?

So, what is hydraulic cylinder drift? Though you're most likely experienced in your field, it's possible you have never heard of this potentially catastrophic malfunction.

For full context, let's first do a short rundown of hydraulic equipment:

Hydraulic systems use cylinders composed of an external casing, a piston, and a piston rod. Cylinders compress hydraulic fluid within this casing, and then an even and constant pressure is maintained using seals. These seals prevent any leaks from springing up at the rod entry point.

When you turn on your cylinder, the piston and rod move, changing the cylinder's fluid volume while the pressure in the chamber remains constant. When the machinery reaches its designated position and the pressure is constant, it is called a hydraulic lock.

Hydraulic cylinder drift is when constant pressure can't be properly maintained and the cylinder moves out of the desired position, retracting under its heavy load. While in some operations just a small inconvenience, in others, drift can have disastrous consequences.

Ignoring hydraulic cylinder drift can have disastrous consequences. For example, drift will often cause jerky movement in the equipment that is supposed to be operating smoothly; because this equipment is lifting quite a few tons, this is a serious safety risk for everyone on the team.

Another reason not to ignore it is the potential for the hydraulic fluid to be displaced and therefore unevenly distributed. The forces within the system will also be uneven, putting more pressure in one area over another, ultimately leading to failure that can be hazardous when lifting and moving heavy loads.

Knowing the signs and being proactive about repairs and maintenance is essential, reducing downtime, and costs, and most importantly, keeping your team safe.

In order to accomplish hydraulic lock, there must be stable hydraulic oil fluid pressure within the cylinder. In order to have this, the valves must be intact and the piston and rod seals need to work properly. Hydraulic cylinder drift occurs when there is a failure at one of these locations.

Piston seals serve an important role in the hydraulic system: to ensure that hydraulic fluid pressure is equally distributed across the face of the piston. This is why checking for a piston seal leak is so important.

A leak in the seal will change the fluid pressure in the system, decreasing the efficiency of the cylinder while requiring higher fluid pressure. Pressure increases result in cracks as the cylinder exceeds the limitations of the pressure relief valve. The valve will then leak fluid and cause hydraulic cylinder drift.

Under heavy loads, piston seals that have failed will add strain to the cylinder valves. The piston should block pressure from crossing the chamber as the rod retracts, but if the fluid moves to the other side, the rod seal also becomes damaged. A leaking piston seal can be catastrophic.

Rod seal leaks are one of the most common malfunctions that occur in a hydraulic system and are the most easily detectable. The rod seal can be found where the rod enters the pressurized chamber, at the top of the cylinder. The fluid pressure should remain stable as the rod stops moving and the seal adheres to it.

If the rod seals are malfunctioning, not only will this cause hydraulic cylinder drift, but also lead to hydraulic fluid leaving the cylinder. Along with the dangers of drift, leaking hydraulic fluid makes floors slippery and is a safety hazard. These dangers, as well as others, lead to an unsafe environment. If you find yourself replacing rod seals often, there is most likely a problem.

Though not a common cause of drift, it's important not to overlook holding and pressure-release valves. Pressure valves protect vital components within the cylinder by keeping the internal pressure of the hydraulic cylinder within the appropriate range. A damaged, worn, or leaky valve will lead to seal damage and throw your whole system out of order.

Meanwhile, holding valves control the speed at which the hydraulic fluid enters the cylinder. When they're not working, you will see a pressure imbalance that will affect the function of the system.

These valves can indirectly cause hydraulic cylinder drift by affecting the internal pressure of the cylinder, causing fluid leakage, and straining seals.

The final cause of hydraulic cylinder drift that we'll discuss is less expected and often missed when troubleshooting and inspecting a system. Fluid contamination is when dirt, fluids, and other foreign substances enter the system and combine with the hydraulic fluid, usually oil, in the cylinder.

There is a specific viscosity of hydraulic fluid that is required for seals and other individual components of the system to function effectively. Any foreign particle can change the density and viscosity of the fluid, making it escape around the seals or damage the cylinder. The rod can also move when it's not supposed to as the hydraulic fluid is compressed to a greater degree.

Now that we know what causes hydraulic cylinder drift, it is essential to recognize the right signs. If you are able to notice the issue earlier, you will be able to do maintenance quickly and avoid more serious repairs.

We know that drift occurs due to unequal pressure and failure at certain parts of the cylinder under heavy loads. Some common indicators of hydraulic cylinder drift are:

If you start to notice any of these things occur, it's most likely due to hydraulic cylinder drift, and not addressing these issues immediately can lead to an array of other problems.

For instance, your hydraulic system will have to work harder to compensate, causing increased strain on a number of components. With the added strain, these components will deteriorate prematurely and, along with requiring repair or replacement sooner, can lead to total system failure.

Even if drift doesn't cause failure, shifting loads or inconsistent pressure will cause routine tasks that are normally performed to become more difficult, slowing the overall operation within the facility.

If you're looking for an expert to perform reliable cylinder repair, give us a call!