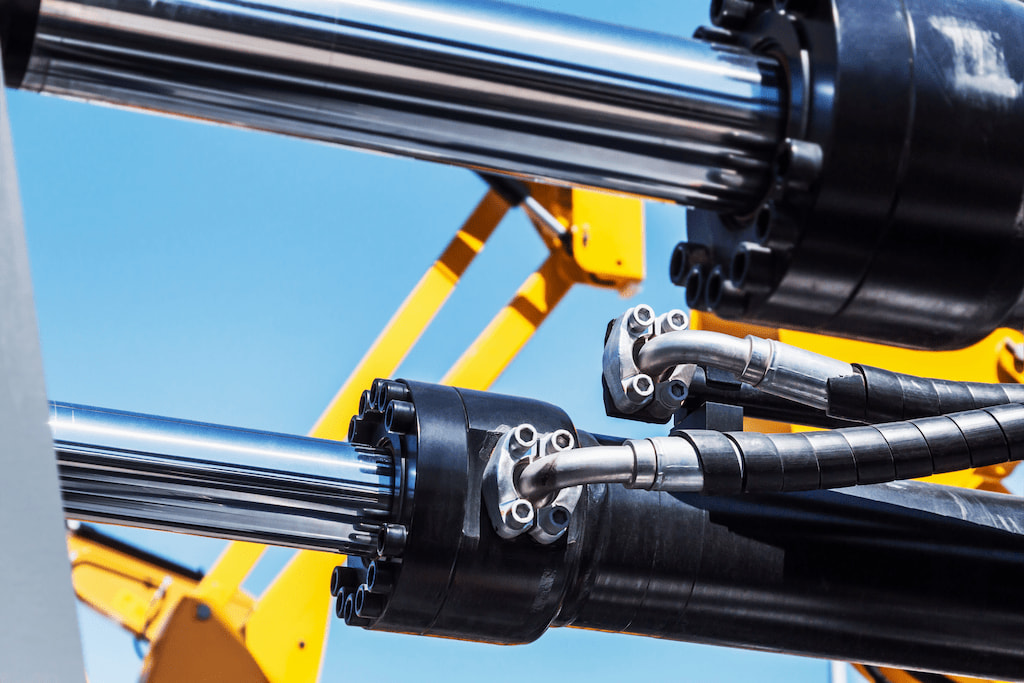 Pneumatic and hydraulic cylinders have a wide range of applications, all of which have their own requirements. It’s essential to understand the types of cylinders needed for different projects, and both single and double acting cylinders have benefits and drawbacks that should be considered before deciding which is right for your needs.

With either cylinder, it’s important to perform regular upkeep to avoid system failure. When a failure does occur, it’s imperative to get expert hydraulic cylinder repair to reduce downtime.

In this article, we’ll discuss the difference between the two, their pros and cons, and which is best for your project’s needs.

A single acting cylinder is perfect for linear motion. Why? It’s all about forces. Pressurized air enters a single port from one direction and it forces the fitted piston to extend and push on a spring. This spring serves as an external force that will then push the piston back to its original position.

Some of the greatest advantages of single acting cylinder include:

There are also some disadvantages to a single acting hydraulic cylinder, including:

What is a double acting cylinder? A double acting hydraulic cylinder works by utilizing two ports rather than one. Compressed air goes through one port to move the piston forward and then pressurized air from the other port pushes it back.

Because of the two ports, double acting cylinders work significantly quicker, extending and retracting within a short time frame. That’s why they’re used for so many different machine types and applications, because of their more precise and efficient movement.

Below are a few advantages of double acting cylinder:

It’s important to know the disadvantages of double acting cylinders like:

A double acting cylinder is different because it can extend and retract much quicker thanks to its two ports. They move within a shorter period of time, making it more efficient and perfect for a wide variety of industries.

Single Acting vs Double Acting Cylinder: Which One Is Better for You?

Consider what you will be using the cylinder for — do you need precision? How much are you willing to spend? How much power does it need, will it need to run all day? These questions will help you come to an informed decision.

Taking good care of your cylinders with regular maintenance, preventative checks, and filter changes will keep you out of the repair shop and in the field working for longer periods of time. However, over time every cylinder will need maintenance and repairs that only experienced professionals can do.

Our expert team of Cylinders, Inc. will help you! If you have any questions or your cylinder needs repair, please contact us!