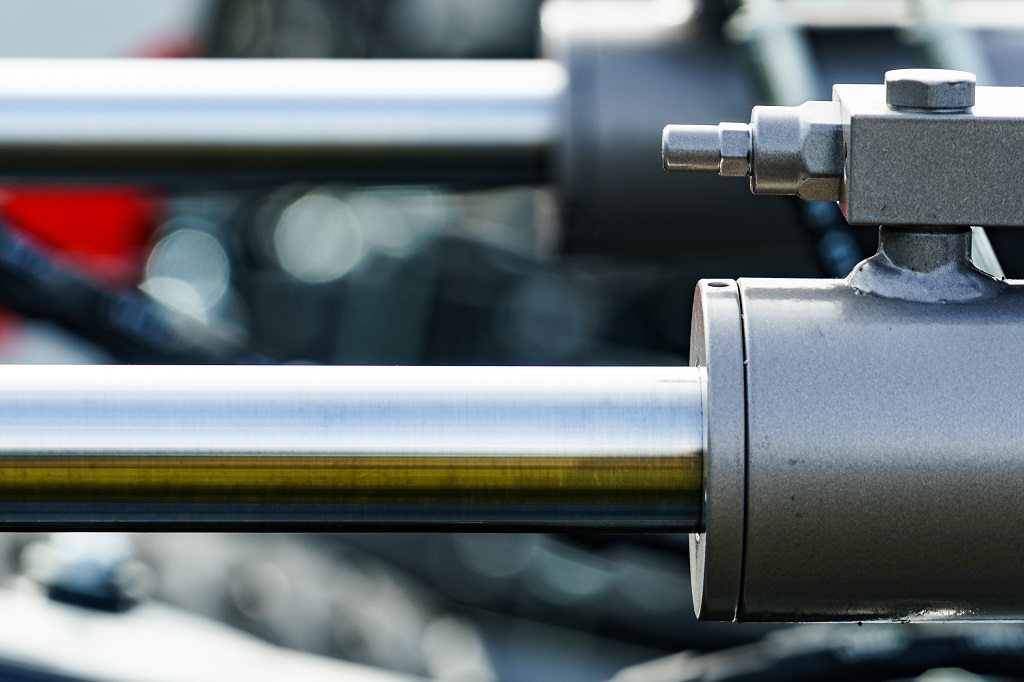 It’s normal for various types of hydraulic systems  to be potentially exposed to contamination while it runs. Here are some common types of contamination that could impact your machinery.

If your hydraulic fluid resembles a foamy substance, it could be the result of air contamination. As you can imagine, air does not have a positive impact on your hydraulic fluid or system components as it impacts its compressibility. If there is enough air contamination, it can also impact your machine’s efficiency such as the torque from your final drive and the cycle time for your attachments.

Another type of hydraulic fluid contamination is from water as it can pose a threat to the health of your hydraulic fluid. In addition to impacting compressibility, it can also result in corrosion issues. Water can impair the hydraulic fluid’s ability to act as a lubricant and result in sludge formation.

The effects of water in hydraulic oil can also include cavitation in your machine’s pump which can be expensive and tricky to repair (or replace). Looking at the fluid can give you insight into whether it’s been contaminated. If the fluid has a milky appearance, it’s likely contaminated by water. Make sure to avoid leaving your hydraulic fluid exposed to the atmosphere where moisture can be absorbed.

Chemical Contamination of the Hydraulic Fluid

Ingressed particulate contamination occurs when particles have traveled from the outside of your hydraulic system to the inside (as opposed to generated contamination). This type of contamination may include sand, mud, dirt, and dust. These particles typically enter your hydraulic system when it’s opened while it’s being repaired or maintained. It could also enter through leaking seals, another reason that we encourage machine owners to take care of leaking seals as soon as possible.

In the case that fluid begins to leak out, contamination can enter. To avoid this, open your hydraulic in a clean environment, and clean the equipment off before you open it so nothing falls inside of the system.

If there are particulate contaminants that are circulating on the inside of your fluid power system, this debris can pollute the hydraulic fluid inside of your system. When there are abrasive particulate contaminants such as sand, dirt, or metal flakes, it can score precision-machined parts in your ground support equipment. This could result in your hydraulic pumps and motors failing. With particulate hydraulic contamination, there is an increased risk of cavitation or the formation of vapor-filled cavities.

When it comes to hydraulic cylinders industries, this contamination is widespread. Here are some common sources of dirty hydraulic fluid.

New hydraulic fluid has an average cleanliness code of ISO 4406 from 17/16/14 to 20/18/16. This average is higher than the typical recommendation from manufacturers for their equipment, however, experts agree that this high level of cleanliness isn’t enough for today’s hydraulic systems.

Hydraulic Contamination During the Fluid Transfer

Contamination in hydraulic systems could also occur during the fluid transfer process. There is also the risk that the fluid is exposed to dust or other particles that are naturally airborne. If the environment itself isn’t clean and the equipment in use isn’t clean, it’s nearly impossible to avoid contamination.

If the system hasn’t been flushed before adding the new fluid, it can intensify the contamination, and mixing the fluids may result in chemical reactions. Try to always flush the system before you add fresh fluid and don’t leave the lid off longer than necessary. Any hydraulic fluid should be filtered before it’s added to the system.

Contamination During the Storage

The storage period is another source of hydraulic oil contamination. It’s possible that moisture can impact the interior of sealed waterproof plastic containers, a process known as “breathing.” This becomes an issue if a container is exposed to varying temperatures throughout the day.

Although it’s not possible to see moisture contamination, it can still be incredibly damaging to the hydraulic system’s performance and the system as a whole. Containers that aren’t properly sealed or they’re left open can potentially result in contamination through moisture, dust, and debris. Ideally, fluids will be stored at a controlled temperature with the container laying on its side.

Hydraulic oil contamination can occur when the fluid is exposed to temperatures that are higher than normal. It’s also key to note that hydraulic fluid naturally degrades over time. This is why manufacturers always recommend that the fluid is changed regularly. The ingestion of air and moisture could also result in fluid contamination.

Seals, even when they aren’t leaking, could be another contamination source. There are small particles that can get into the system on cylinder rods, something that the internal filters are supposed to capture. It’s possible that the components themselves can result in contamination. If you suspect contamination, make sure to flush the system.

Hydraulic Fluid Contamination During the Maintenance

To start, the exterior of all the components should be cleaned, especially so if they’re used in a dirty environment such as construction equipment. Make sure to use lint-free cloths and cap hoses and plug ports upon opening. All fittings and hoses should be carefully handled to reduce the risk of contamination. If there are new components, they shouldn't be taken out of their packaging until they’re ready to be installed.

Even though it takes more of a conscious effort, it’s still possible that hydraulic fluid contamination can be minimized with the right proactive measures. If you need a reliable hydraulic cylinder repair company, our team at Cylinders, Inc. is happy to help you. We are highly experienced in the effects of water in hydraulic oil and can help improve the functionality of your system. Contact us today to get started.